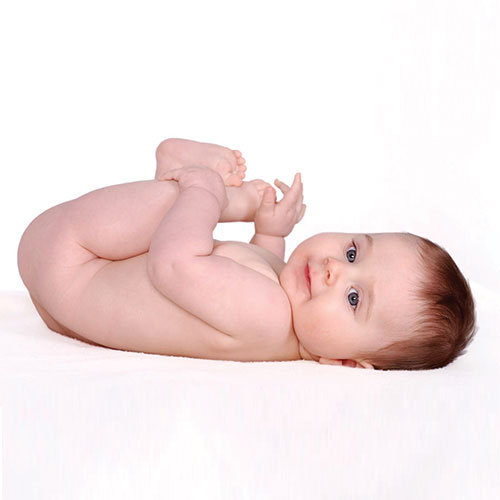 Do children get skin problems?

Diaper dermatitis, or diaper rash as it is more commonly known, is not a diagnosis but rather a category of skin conditions affecting the diaper area. There are four types of diaper dermatitis, including:

Rarely, allergic contact dermatitis can occur. This condition is usually associated with a component of the diaper itself such as elastic or adhesive, or fragrance or preservatives in baby wipes. Symptoms include redness and swelling with itchiness that continues to recur in the same area such as the near the diaper's adhesive tape or around the leg where there is elastic in the diaper.

Seborrhoeic dermatitis, commonly known as cradle cap in infants and dandruff in older children and adults, can also be the cause of diaper dermatitis. This condition also affects other areas of the body such as the scalp, face, neck, as well as the skin folds.

Atopic dermatitis, or eczema, is a skin condition that can occur at any time in life. It often starts early in childhood and may not diminish until early adulthood. Over half of infants with atopic dermatitis grow out of the condition by age 2, though many adults will continue to have sensitive skin and some continue to flare throughout life.

Atopic dermatitis can get worse when the skin comes into contact with irritating substances such as saliva; harsh soaps; and scratchy, tight fitting clothing. Friction can also contribute, especially when affected children start to crawl.

Warts result from an infection with a virus, and are common in children of all ages. Warts commonly appear as hard bumps on fingers, hands and feet.

Molluscumcontagiosum is a similar type of infection caused by a different virus. It causes pink or skin- coloured smooth bumps that can appear anywhere on the body. They are not harmful and will generally go away on their own in a couple of years, but treatment can help them go away more quickly.

© 2018 Dr Jolly Shah. Made by Nextgenitworld